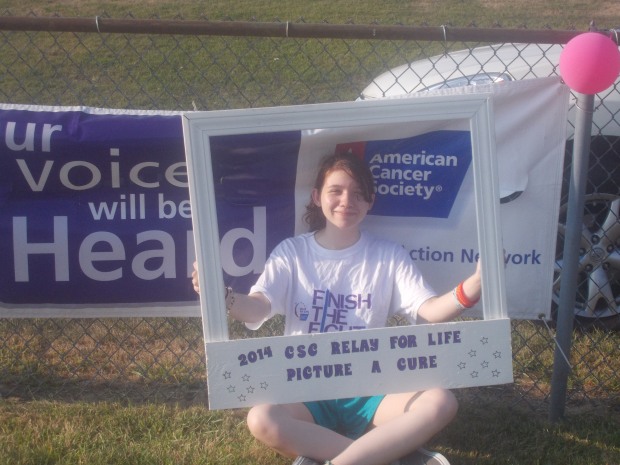 The Doyle McMahon clan has been supporting the American Cancer Society’s Relay For Life since 2007.  As part of the Chippy’s Kids team, we raise money in the South Central Massachusetts Relay each September. Leading the charge has been my daughter Kevyn, who has been active in Relay since she was in second grade and lost both a teacher and a schoolmate to cancer on the same day.

Because cancer never sleeps, we pledge to keep a walker from our team on the track for the entirety of the 18-hour overnight event. We Relay for our friends and family whom we’ve lost to this disease, for those who are fighting it, and in celebration with those who have beat it.  This year, our event raised more than $60,000 in total toward cancer research, treatment, and prevention.

Kevyn and I raised more than $700 for our participation in this Relay, primarily because of the generosity of members from the Commonwealth community. Commonwealth Cares has been a long-time supporter to us in this effort and we know that we are lucky to be part of such a generous and caring community.